Every two weeks I chat with great hosts to get insights on how they run their shows. It's a series called Meet the Podcaster. Today there's Brett Gajda and Nick Jaworski, respectively host and producers of Where There’s Smoke. Enjoy! BG: I am a professional speaker, writer, dad, and I like to think of myself as an explorer - both of what’s inside and out. In that, the deeper question of “Who I am?” is one that I explore with each episode of our show, and help others explore for themselves. So, I may have to get back to you on that…

NJ: I am Nick Jaworski. I’m the other half of the WTS duo. I also run a podcast production company called Podcast Monster. In terms of anything else, that feels really aggressive. What if somebody asked you, “Who are you!?” Huh? Yeah, you didn’t think of that.

How do you pick the topic of an episode?

BG: It varies. The description of our show says that we explore self-development through the lens of current events, pop culture, and experience. So, show ideas always come from “in the zeitgeist”, as we say. In the past it has been everything from a Facebook town hall to interviews with athletes. Show ideas have come from dates on the calendar, viral videos, books we dig, movies, and challenges people are facing. Often, our show ideas spring from personal experiences we’ve either gone through or are going through currently.

BG: It wasn’t about podcasting specifically, but it was applicable. I was at an event where Brendon Burchard said that one thing the Top 25 YouTubers all had in common was they had been putting out content consistently for at least 2 years. So when Nick & I started the show, I told him that we had to commit to at least a year of doing it, or we wouldn’t do it at all. He was down, and off we went. We just launched our 4th Season, and are now a few months away from the three year anniversary of our first episode release.

BG: WTF - It is the opposite of what we do in many ways. In my retirement it’d be nice to not have to script and craft every episode, but instead to be able to just sit in my garage and have great conversations with amazing people for as long as it’s interesting

NJ: Why do I have to wait until I retire? I enjoy my work on Where There’s Smoke right now. I also truly believe that, if we play work hard and get lucky, that we could be doing it for awhile. So, when I retire, I’ll move onto my other love: TV Theme Song Composer.

You want to produce an episode of This American Life. Write your pitch (via email. Include the subject!)

NJ: I have actually pitched This American Life on at least one occasion. They’re actually story ideas that we might use on Where There’s Smoke, so I’m not gonna share. Sorry! 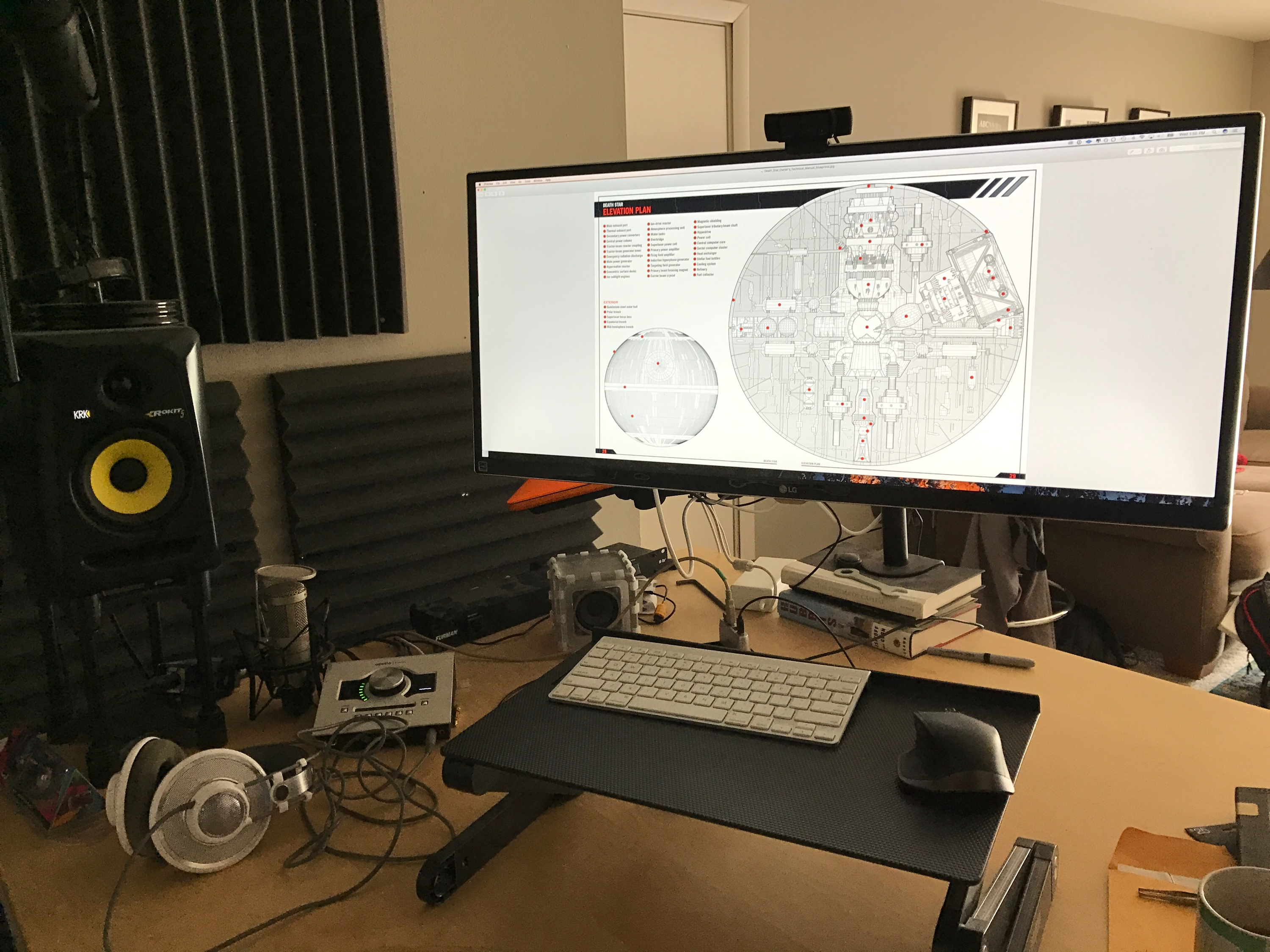 NJ: Where There’s Smoke is produced between two countries in a variety of settings, so there’s a lot here. I’ll try to keep it simple.

Both Brett and I both use Shure SM7B microphones with Cloudlifters in our home studio setups. I have a Apollo Twin interface that I run my gear through and Brett has a Focusrite Scarlett 2i2. Additionally, we both own Zoom H4n’s with Sennheiser e835’s for recording on the road.

We use a lot of Call Recorder for Skype from eCamm to record our interviews.

A lot of raw audio is cleaned up with iZotope RX 5 Audio Editor (I know that’s out of date!). For simplicity, some chopping of audio is done in Audacity. The final show is edited and mixed in Adobe Audition.

BG: For us, I think it’s The Grive (what we call our shared Google Drive). Our show lives there, and the ability to craft in real time together is essential.

NJ: I tell my clients that Call Recorder for Skype is the best $30 they’ll spend on their podcast endeavors. However, Google Docs is SUPER important for the production of Where There’s Smoke. Not only is all of our audio stored there, but we write, edit, and review scripts collaboratively through our shared Google Drive. It’s essential for us.

NJ: A great podcast sounds authentically like it’s host. Often times, people get caught up in producing a show that sounds like something else they’ve heard. The end result is that they sound like a stranger in their own show. It’s like going to a friend’s house and a stranger opens the door - it’s just jarring and you wouldn’t want to stick around. Make a show that feels like you.

BG: If only 48 hours, I’ll go with Coverville. This way I can explore the island, and have some music in my ears while I do so.

NJ: I know this is cliche, but you have to take This American Life. My podcast hipster cred is that I used to schedule my Sunday evenings so I could listen to TAL before it was a podcast. Every Sunday evening at 6 PM I’d sit in front of the radio and listen to it. It’s a great option for this desert island situation because there are just so many episodes and they run the emotional gamut.

BG: I wish we knew. Cause if we did, we’d focus on doing a lot more of it. If I were to guess, I’d say that maybe it is because the topics we discuss are universal, and when it comes to human behavior we are not that different. Also, from day one, our mission with WTS was to build a community. I believe our listeners feel that and have responded to the energy we put out. Also, I think globally. I’ve been to over 45 countries, I have 3 passports, and I think of myself as a Cosmopolite, a citizen of the world. So, if as Nick said above, “a great podcast sounds authentically like its host” - then I’d say our show is speaking to everyone, regardless of geography.

NJ: My unofficial slogan at Podcast Monster is: Your best podcast is the one that gets done. Basically, don’t worry too much about gear, audience, or anything else. Just start making a show and then adjust as you go. Don’t overthink every single episode.

BG: There’s Fire. Our intention with every episode is to filter through that smoke which some are talking about and others are blinded by; and see if we can ask some questions that get us closer to the more interesting and insightful fire.