Every two weeks I chat with great hosts to get insights on how they run their shows. It's a series called Meet the Podcaster. Today there's Dallas Taylor with us. He's the host of Twenty Thousand Hertz, recent winner of the Academy of Podcast Award in the Arts category. Enjoy! 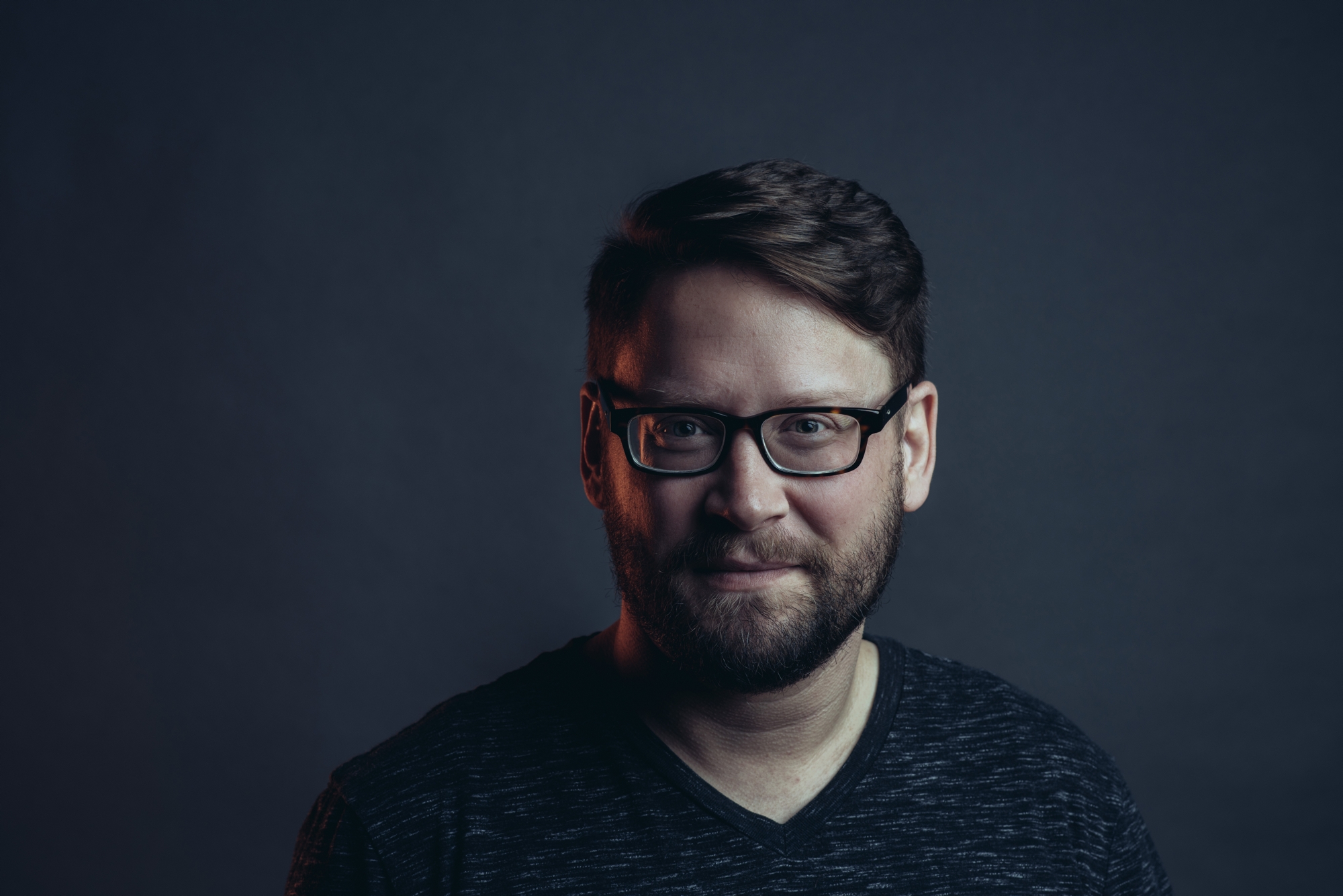 I'm Dallas Taylor and I'm a sound designer for television, film, and games by trade. I also host the podcast Twenty Thousand Hertz, which tells the stories behind the world's most recognizable and interesting sounds. We cover topics like, Who is the person behind the voice on your phone? Why does 8-bit sound the way it does? What would other planets sound like to our ears? ... really anything in the sound world that we find interesting.

Every episode of Twenty Thousand Hertz is very curated. On average how long does it take you/your team to produce a single episode?

We spend around 100 hours on each episode. Each episode starts with brainstorming and going through our list of show ideas (currently in the 200 episode range, more on that later). I chat with the Producer/Writer about what they are interested in covering. Once a topic is settled, the first thing the Producer does is research and book the guests. We usually have two guests on each episode. Then after the guests have been recorded, we spend a large amount of time widdling down the interviews to the most impactful moments. We usually use about 6 minutes of interview content for every 60 minutes recorded. After that, the narration is written and tweaked. Add music, temp sound design, then adjust and edit, adjust and edit, adjust and edit. After around 40-60 hours, the Producer presents the first draft. After the first draft is scrutinized, the Producer goes back, makes adjustments, then presents a second (usually final) draft. Then, the Producer provides an OMF (a way for us to open the session on Pro Tools), a script in Google Docs, and a description for the feed. At that point, the script goes through further tweaks (by me) and then I record my narration. After narration is complete, the sound designer with take the narration and OMF and spend about 3-4 days tightening, pacing, sound designing, adjusting music, and mixing. We then go through another 2-3 rounds of revisions before approval.
In a nutshell, it's about:

How do you kick off an episode? Do you have a backlog of ideas? Or you brainstorm with your team? Or you accept suggestions by listeners?

Anytime a good idea comes up in a conversation or from a listener, we immediately put it on a Trello board. (Trello is a project management tool that we use.) Then, when we need to produce new episodes, we'll go through the backlog of ideas. One thing that's really important to me is being diligent about putting down ideas in a centralized place as they come to me. I always forget if I don't immediately write it down. Then, once we're ready for a programming meeting, we have everything in one place and ready to discuss. In the past, we've chosen shows very much based off of gut and interest, but moving forward we're going to be much more strategic and targeted with our approach.

It's just you in your studio. The script is in front you, the mic is ready to catch your voice. Do you picture somebody in particular when you record your voice for Twenty Thousand Hertz?

Finding my voice has been really difficult. For episode 1, I think I recorded the entire script 5 times. I kept trying to be someone else. After a lot of experimenting and frustration with my own voice, I gave up and read the script like myself. I found that's the only voice I'm good at. Over time, I've become better and have discovered my own unique voice quirks that I tend to rely on or highten. I do think about talking to a listener, but I also listen to my own voice in the headphones. Early on, I wouldn't listen to myself in the headphones because it was such an unnatural feeling. As I've become more comfortable with hearing my own voice, I find that I'm able to communicate more nuance by hearing myself and treating my voice and microphone more as an instrument.

There's two episodes in your listening queue. One features great content but has questionable sound quality. The other has a perfect sound but the content is boring and not so interesting. Which episode do you delete and which one you play?

Great content. Sure, excellent audio quality is massively important, but without something to stimulate your brain, everything outside of content is irrelevant. 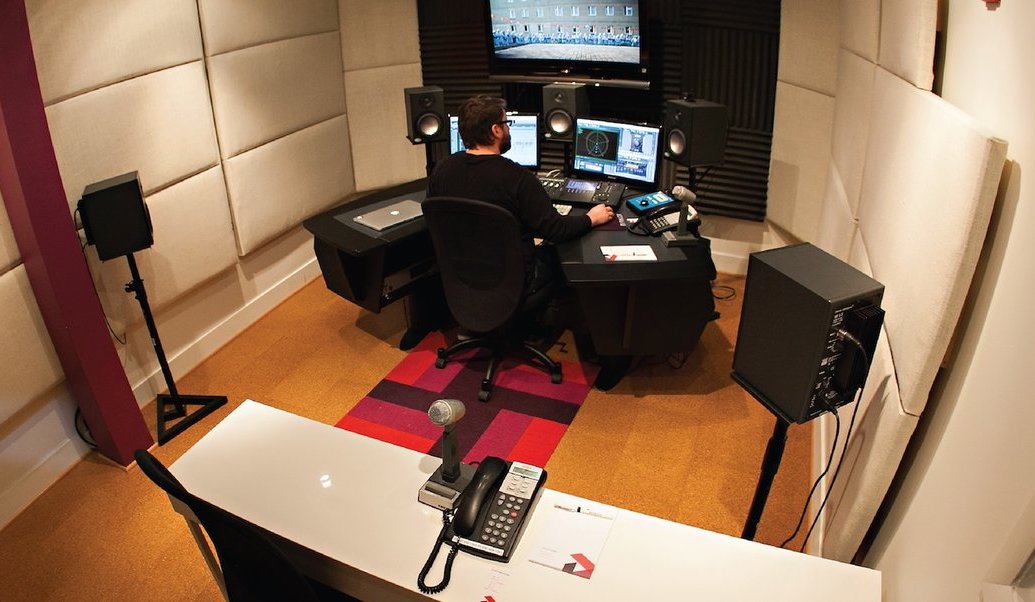 I use the Shure SM7B for my voice. It's a work horse and, while it's heavy, I take it everywhere I go. I can record my voice pretty much anywhere and it sounds exactly the same. There are many times in the show where I've recorded myself in my office, then done a single line pickup from a hotel room 1000 miles away. You'd never know, because the mic is massively consistent between different environments. After the mic, I use Apogee preamps in either the Duet or Quartet depending on what is nearby. We record, edit, mix, and sound design everything in Pro Tools and use tons of 3rd party plugins. In particular, we typically use Waves plugs-ins for EQ & Compression (Renaissance on both) and iZotope RX Advanced for restoration and noise reduction. We also have a massive SFX library from great indie SFX libraries from around the world.

The foundation of almost all content is the voice. The SM7B is clutch. It's like a soothing blankie. It's the most intimate part of the setup. It's the instrument I'm using when recording.

My gut says This American Life because it's so much content, but if I'm on a desert island, I need creative ingenuity... not ironic stories of people thousands of miles away from me. So, because of that, I choose 99% Invisible. I'll be entertained, and it'll put my mind in the right mindset to search for solutions to my hunger, thirst, and sunburn problems.

The secret is that there's no secret. Unless there's a secret? Someone, PLEASE TELL ME THE SECRET!!

"Less of you" is probably where you want to start. Secondly, get to the point. How can you communicate big ideas in less time.

Think about your stories, think about what you'd like to ask other people. Record and focus on them, listen and comprehend them... you can always edit yourself out or re-record your part. Let banter between a few people be special and intimate in the real world. Not everything needs to be recorded and exploited.

There are experts everywhere, and I've found that when you talk to someone who's an expert in their field and who love what they're talking about, they always say something profound. Almost every expert I've interviewed walks into the interview with the "I don't think I'm going to say anything interesting" attitude, and then, about 30 minutes in, starts dropping bombs of poetic knowledge.